My project is depicting Pulmonary Edema, below is a picture of lungs made from recycled plastic, the green bottle marks the Trachea and breaks into two Primary Bronchi entering into the lungs which are the milk jugs on the left and right. Each lung only has one pulmonary bronchiole to convey the rest of the lung. Attached to the bronchiole are terminal bronchioles that have beads at the end to describe the alveoli. The right side shows the alveoli as a blue color mimicking a fluid filled alveoli as you can see there is also one or two green alveoli to show that not all alveoli in the lungs may be affected. The left side has green alveoli to depict that gas exchange is occurring. Both bronchioles and the terminal bronchioles have a red and blue line drawn on them to show the Pulmonary veins and Pulmonary arteries leading to the Capillaries. Above the lungs is a drawing of an alveoli located in a person with pulmonary edema. As you can see in the picture the capillaries run around the alveoli allowing tons of space for gas exchange along the membrane. However, because of the fluid inside the sac it does not allow gas exchange. 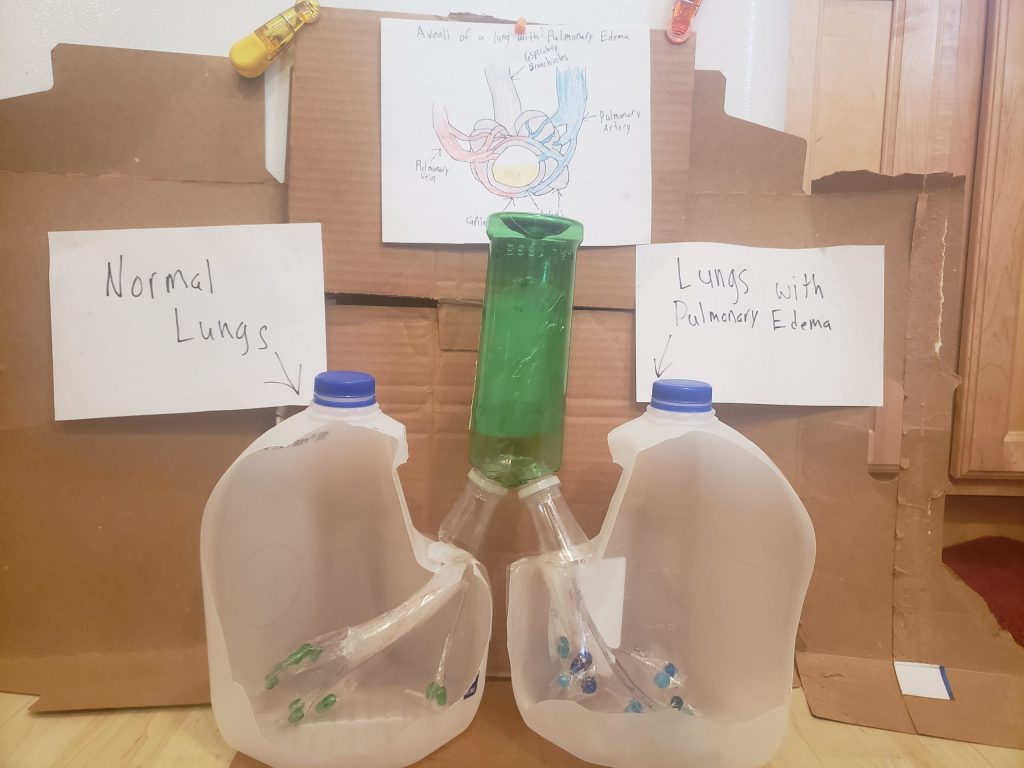 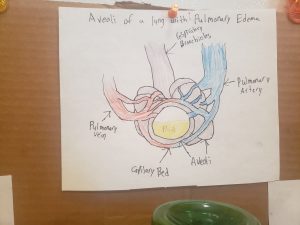 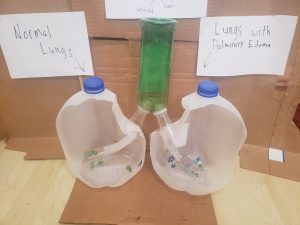