You Can’t Handle the Tooth!

Ingestion occurs in the mouth, where saliva containing enzymes that can start the process of breaking down carbohydrates and lipids. The teeth in the mouth increase the surface area of the food and makes the food easier to swallow. The average adult has 32 teeth, and a child has 20 teeth total. Starting at about 6 years of age the eruption process/transition to adult teeth begins. Mechanical digestion, like the name suggests, is a physical break down of the food for optimal surface area and mobility. Chewing foods and the saliva aids in this process. The food moistens from saliva and dissolves, allowing the person to taste the food. The tongue helps the food move to the pharynx (Betts Et al, 2013).

The process of prolusion refers to the movement of food through the digestive tract. The pharynx receives the food and the involuntary muscle contracts to close the air way. The pharynx starts at the posterior of the oral and nasal cavity and ends at the esophagus and larynx. The pharynx is lined with stratified squamous epithelium that has a bunch of mucus-producing gland. The glands help the food move and keep things moist. When the food is swallowed the elevator skeletal muscle in the pharynx contracts to expand and raise the pharynx to catch the bolus of food. When the bolus of food reaches the pharynx the muscle relaxes and the pharynx contracts forcing the food to enter the esophagus. Thus, initiating peristalsis. To ensure the food is not aspirated the larynx is pulled and cartilaginous epiglottis causing the glottis to be covered (Betts Et al, 2013).

The esophagus is the passage way from the pharynx to the stomach. The esophagus about 25.4 cm long; when it’s not actively being used it rests in a collapsed state. When the esophagus meets the stomach it forms the lower esophageal sphincter, this sphincter runs through the diaphragm. The diaphragm helps the sphincter open and close, although it does not completely close. When the body is experiencing a heartburn it is due to stomach acids to creep back up the esophagus (Betts Et al, 2013).

If the first step in the digestive system were compromised like edentulism (absence of teeth) would the body receive adequate nutrition?

A study done by the American Journal of Clinical Nutrition states edentulism may affect dietary intake in older adults but the relationship is not yet understood. They studied 3075 people aged 70-79 of women and men. They had 52% women and 42% men participating (Lee Et al, 2004).

In the study they examined dietary intake, anthropometric variables, weight change, and serum albumin and lipid concentrations between edentate (without teeth) and dentate (with teeth) participants. The results of the study showed edentulism was not associated with the total energy or food intake but was associated with the food group consumption. Some of the food groups were fats, micronutrients and hard-to-chew foods. The study found that elderly white edenta eat lower energy-adjusted vitamin A and B-carotene, higher amounts of energy-adjusted total and saturated fat and cholesterol, and higher percent’s of energy from fat than elderly black edenta. The study also found that more than 5% weight gain was found in both races of edenta (Lee Et al, 2004).

An article published by the International Journal of Dentistry states that the edentulous diet has lower amounts of the following: fruits, vegetables, fiber, and carotene. They also state there is an increase of cholesterol and saturated fats resulting in a higher prevalence of obesity. Ultimately leading to cardiovascular disease and gastrointestinal disorders. They found that there is higher rates of chronic inflammatory changes in the gastric mucosa, upper gastrointestinal and pancreatic cancer, and peptic or duodenal ulcers (Emami Et al 2013).

In Conclusion, the absence of teeth does have an effect of nutritional health and well-being. It guides the food choices to something softer easier to chew, resulting in possible weight gain. 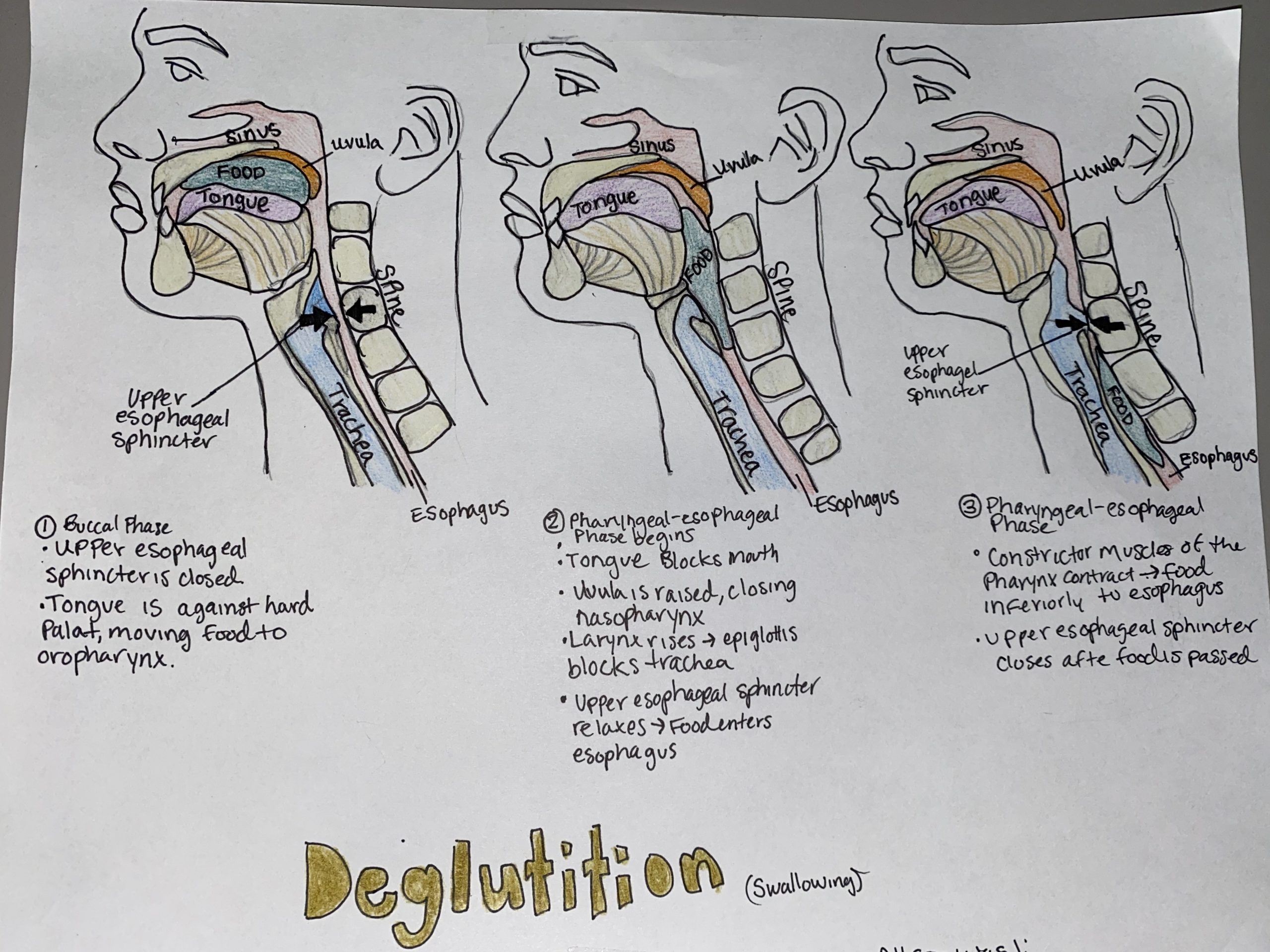 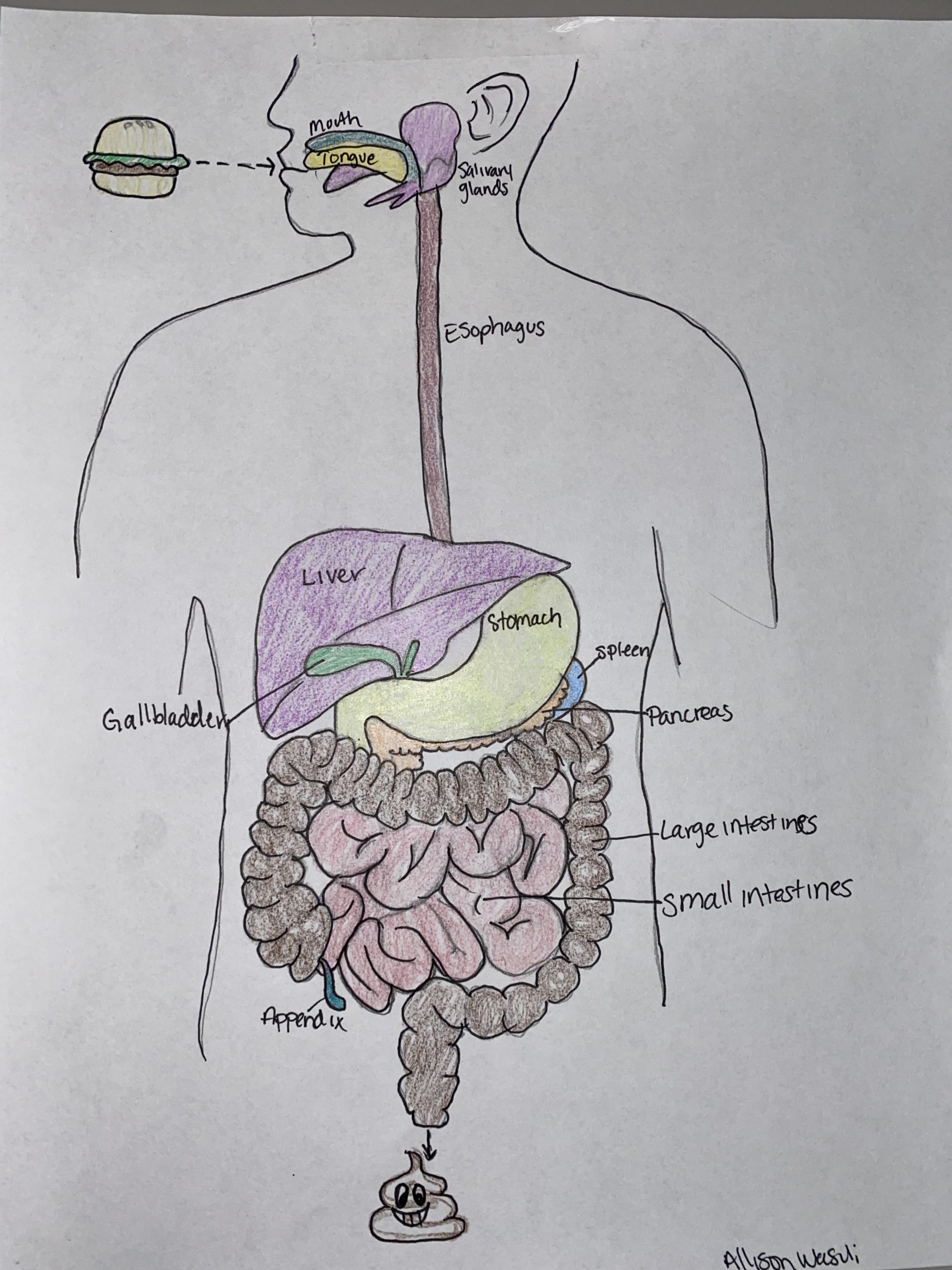