This project focuses on the NMDA neuroreceptor and demonstrated hypofunction in correlation with detectable psychosis. 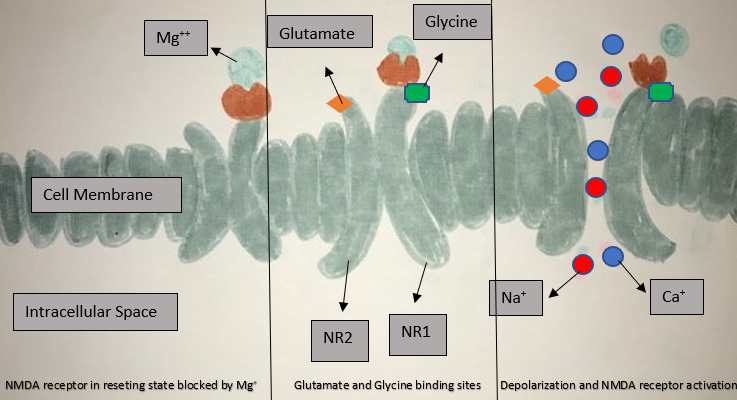