Heart failure is the main topic of my steam project that I want to describe more about it.   Basically, my steam project will cover heart failure types, the process of its anatomy description and its symptoms and treatments.   It is known to us that the heart is important because it is a muscle that pumps oxygen-rich blood throughout the body via the circulatory system, delivering oxygen and nutrients to cells, tissues and organs and removing waster products.   With heart failure, the heart is not able to pump enough oxygen-rich blood leaves the heart with each beat as well as it should.   According to Villines Z (2016), there are two types of heart failure, which are systolic heart failure and diastolic heart failure. Both affect the ventricles’ ability to pump blood.

Firstly, we need to know that heart failure is a disorder in which the heart is unable to keep up with the demands of the body, leading to reduced blood flow, congestion of blood in the veins and lungs, and other changes that may further weaken or stiffen the heart (Jonathan G. Howlett, 2016).   Meanwhile, heart failure is sometimes called congestive heart failure because blood may build up in the tissues, causing congestion in those tissues.  Heart failure can occur in people of any age, even in young children, especially those born with a heart defect (Benjamin EJ, 2017).   However, it is much more common among older, because older people are more likely to have disorders that predispose to heart failure, such as coronary artery disease, which will damage the heart muscle.   Age-related changes in the heart also tend to make the heart work less efficiently (Benjamin EJ, 2017).

With the heart, the right side of the heart pumps blood from the veins into the lungs.   The left side of the heart pumps blood from the lungs out through the arteries to the rest of the body.   Normally, the main pumping chambers in the heart are the ventricles.   Heart failure due to systolic dysfunction usually develops because the heart cannot contract normally.   It may fill with blood, but the heart cannot pump out as much of the blood it contains because the muscle is weaker or because a heart valve malfunctions.   As a result, the amount of blood pumped out to the body and to the lungs is reduced, and the ventricles usually enlarge (Jonathan G. Howlett. 2016).   On the other hand, heart failure due to diastolic dysfunction develops because the heart muscle stiffens, which is particularly the left ventricle, and may thicken so that the heart cannot fill normally with blood.   Consequently, blood backs up in the left atrium and pulmonary blood vessels and causes congestion.   Nonetheless, the heart may be able to pump out a normal percentage of the blood it receives, but the total amount pumped out may be less.   The heart chambers always contain some blood, but different amounts of blood may enter or leave the chambers with each heartbeat.

Nowadays, worldwide, about 26 million people are affected by heart failure.   In the United States, about 6.5 million people have heart failure and about 960,000 new cases occur each year (Benjamin EJ, 2017).   The disorder is likely to become more common because people are living longer and because, in some countries, certain risk factors for heart disease (such as obesity, diabetes, smoking, and high blood pressure) are affecting more people.  Therefore, when you have heart failure, you need to pay close attention to your body and how you feel, every single day. That way, if a problem occurs, you can get help before it becomes too severe. You’ll need to watch for changes in your symptoms, such as rapid or irregular heartbeat, swelling (edema) in your legs, ankles and feet, persistent cough or wheezing with white or pink blood-tinged phlegm (Villines Z, 2016). As long as symptoms stay about the same from one day to the next, your heart failure is stable. But if symptoms start to get worse, it’s time to take some action.   Although there is no cure for heart failure due to damaged heart muscle, many forms of treatment have been used to treat symptoms very effectively, such as medication, ventricular assist devices, implantable cardioverter defibrillator, and biventricular pacing therapy.

Although many people with heart failure live for many years, up to 70% of people die of the disorder within 10 years. Life expectancy depends on how severe the heart failure is, whether its cause can be corrected, and which treatment is used. 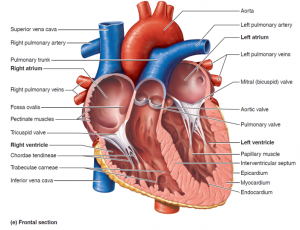