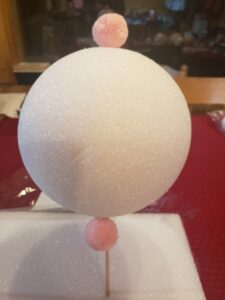 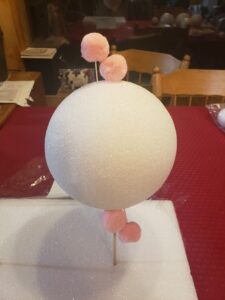 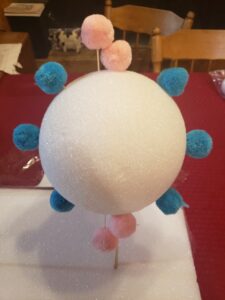 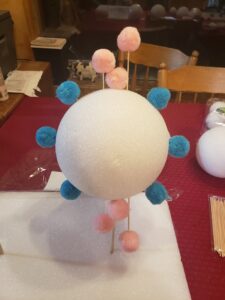 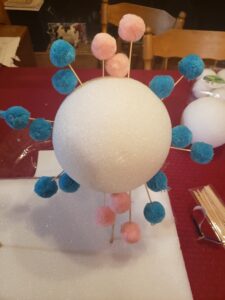 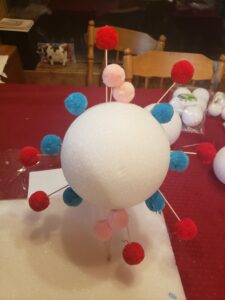 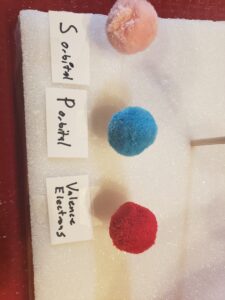 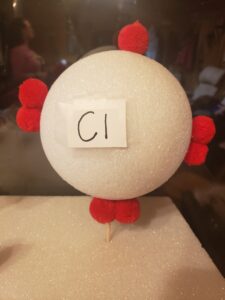 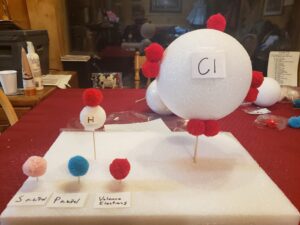 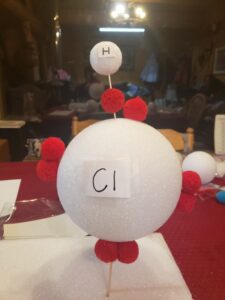 Valence Electrons and the Octet Rule

The objective of this assignment is to visualize how orbital shells of electrons distribute throughout an element. Understanding how electrons are distributed in an element allows us to understand valence electrons which are the building blocks for chemical bonds. These bonds are formed because of the octet rule, which is the desire for an element to have a complete valence shell of 8 electrons. This project will display this objective through the levels of electron shells of a chlorine atom, the valence electrons of a chlorine atom, and finally how a chlorine atom bonds to a hydrogen atom to complete its valence shell and form HCl (Hydrochloric Acid) a strong acid that is used in the stomach to break down foods in the digestive system.

There is a specific order for how these orbital are filled and this is shown is the following example.

This picture shows the first two electrons orbiting around the nucleus, filling the 1s orbital.

This shows the 2s orbital being filled with 2 electrons.

This shows the addition of the p block of orbitals shown in blue. The p orbital adds 6 more electrons before becoming filled.

This is the addition of the 3s orbital containing 2 electrons.  This is shown by the long sticks attached to the pink pompoms, attached to the top and bottom of the atom.

Is the a color key to understanding the electrons of the different orbitals in the chlorine atom.

Shows the valence electrons of the 2 atoms chlorine and hydrogen before they bond together.

Shows the complete valence of hydrogen and chlorine in the covalent bond forming hydrochloric acid (HCl). An interesting note is that the shared electron is closer to the chlorine. This is because the chlorine is more electronegative. Electronegativity can be a complex subject but for the scope of this project we will say that it is the amount of attraction (grabbiness) and atom has for electrons.

How this relates to the octet rule