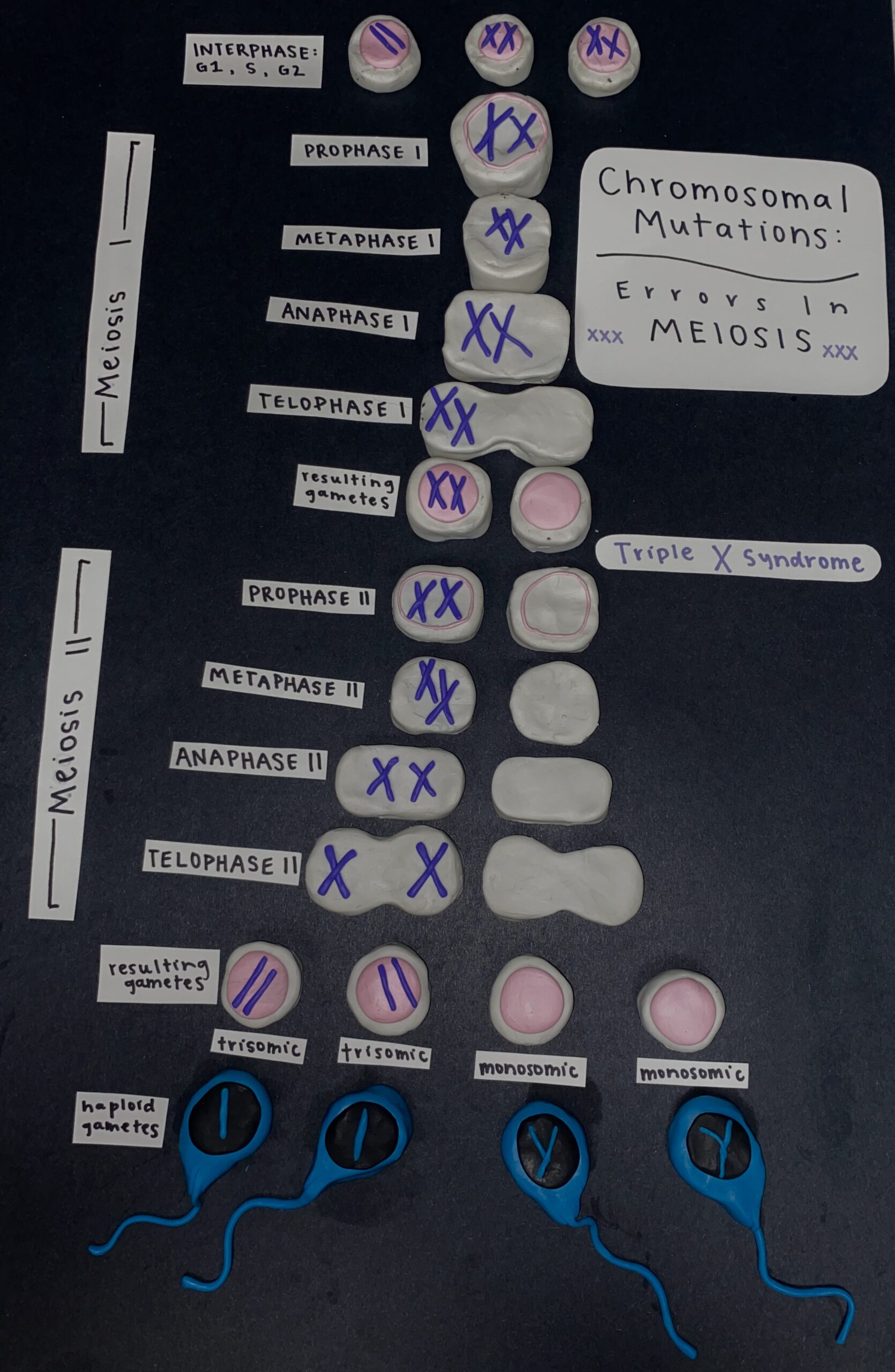 Triple X syndrome is a rare genetic condition caused by mutations in the number of sex chromosomes. Specifically, women with triple X syndrome have three X chromosomes, rather than two. Such mutation arises from errors in meiosis. In prophase I, the homologous chromosomes fail to divide, initiating a faulty start to the entire division process. Although trisomy typically leads to lethality, trisomy of the X chromosomes does not, allowing the female to live a semi-normal to normal life.

For this project I modeled meiosis using clay.