Opisthorchiasis viverrini is a parasitic liver fluke (a type of flatworm). This parasite is more commonly known as the Southeast Asian liver fluke and is a common infection of the civet cat and other fish-eating mammals, such as domestic cats and dogs. People are infected after eating raw, salted, pickled, smoked, marinated, dried, partially cooked, or poorly processed fish, thus ingesting the parasite. Once inside you this parasite migrates to your bile ducts. O. viverrini is strongly associated with cholangiocarcinoma (CCA), a severe and often fatal form of bile duct cancer. The association between CCA and liver flukes has been observed for approximately 60 years. I choose to do this project on O. viverrini because I found it very interesting how it can increase the risk of bile duct cancer. I also think parasites are gross and interesting so I became interested in this liver fluke quickly. If I got this parasite I would cry. 🙂 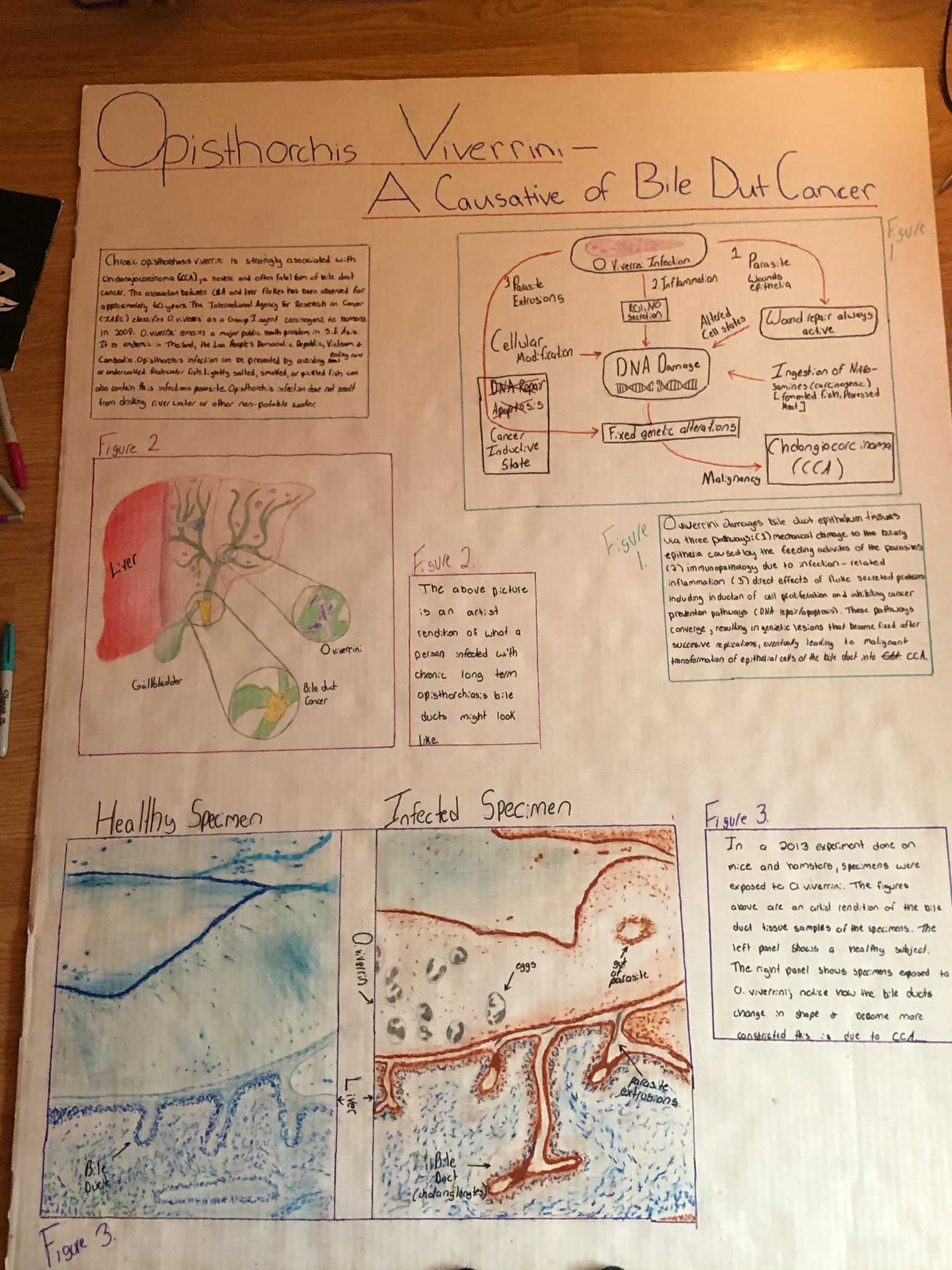 This is what is on my poster just incase you can’t see from the picture.

Chronic opisthorchiasis viverrini is strongly associated with cholangiocarcinoma (CCA), a severe and often fatal form of bile duct cancer. The association between CCA and liver flukes has been observed for approximately 60 years. The International Agency for Research on Cancer (IARC) classifies O. viverrini as a Group 1 agent (carcinogenic to humans) in 2009. O. viverrini remains a major public health problem in the in Southeast Asia. It is endemic in Thailand, the Lao People’s Democratic Republic, Vietnam, and Cambodia. Opisthorchis infection can be prevented by avoiding raw or undercooked freshwater fish. Lightly salted, smoked, or pickled fish can contain infectious parasites. Opisthorchis infection does not result from drinking river water or other non-potable water.

The above picture is an artist rendition of what a person infected with chronic long term opisthorchiasis bile ducts might look like.