An intervertebral disc consists of a nucleus, which is the inside gel-like center, and an annulus which is the wall of an intervertebral disc. Once the disc is ruptured the nucleus of the disc squeezes out. When the nucleus is inside the disc, it has a gel-like substance, but once it is out of the disc it hardens and stays on the outside of the annulus which is the herniation. If the herniation presses on the spinal nerve, it can be excruciating, but in some cases, the hernia does not interfere with the nerve and this person can be considered lucky because in that case there is no pain shooting down the leg.

According to the article, Three-dimensional analysis of spinopelvic alignment in individuals with acutely herniated lumbar intervertebral disc, “Pain from a herniated disc can vary, depending on the location and severity of the injury. It is typically felt on one side of the body due to nerve root irritation.” I have learned that the pain of a herniated disc varies from person to person because of the pain response that people have, but most importantly it depends on the location of the herniation. If the disc ruptures and the herniation irritates the spinal nerve then there is a chemical reaction that leads to spinal nerve inflammation. If this occurs the pain can radiate from the lumbar area to one or both legs and feet. The pain shooting from the irritated spinal nerve can be compared to an electric shock when doing everyday activities like walking, standing, sitting, or even twisting your body. For some people who have a more severe herniation, there can be numbness and tingling in the legs and feet because of the sciatica nerve being pressed and interfered with. You can also feel weakness in one or both legs, as well as have a loss of bladder and bowel function control.

As said in an article from Mayfield Brain & Spine, “Most herniated discs occur in the lumbar spine, where spinal nerves exit between the lumbar vertebrae, and then join together again to form the sciatic nerve, which runs down your leg.’’ A herniated intervertebral disc can occur for people in every age group. Usually, older people get it because the nucleus of the disc can dry out and become harder and the annulus of the disc can become thinner and weaker with time. For all age groups, it can happen when lifting weights inappropriately, which is the cause for most herniated discs. 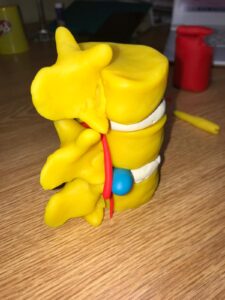 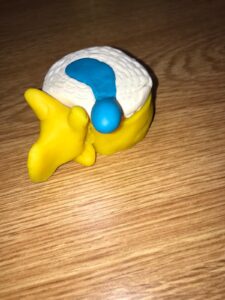 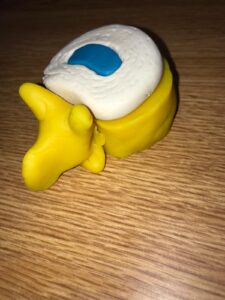