I did my project on the effects diseases have on the amount of leukocytes. I found when there is a deficiency of white blood cells to fewer than four thousand cells per microliter of blood it is called leukopenia. The opposite of leukopenia is leukocytosis. Leukocytosis is an increase in the number of white blood cells to more the eleven thousand cells per microliter of blood. The causes and symptoms of these diseases are described in the photo.

To show what leukopenia and leukocytosis looks like, I used candy to demonstrate a microscopic view of a blood smear and compared them to normal blood. For the erythrocytes, I used red M&M’s and for the leukocytes, I used marshmallows. I painted a purple nucleus on the marshmallows and, since the type of leukocyte used depends on the disease or condition, made all the leukocytes neutrophils since they are the most common. 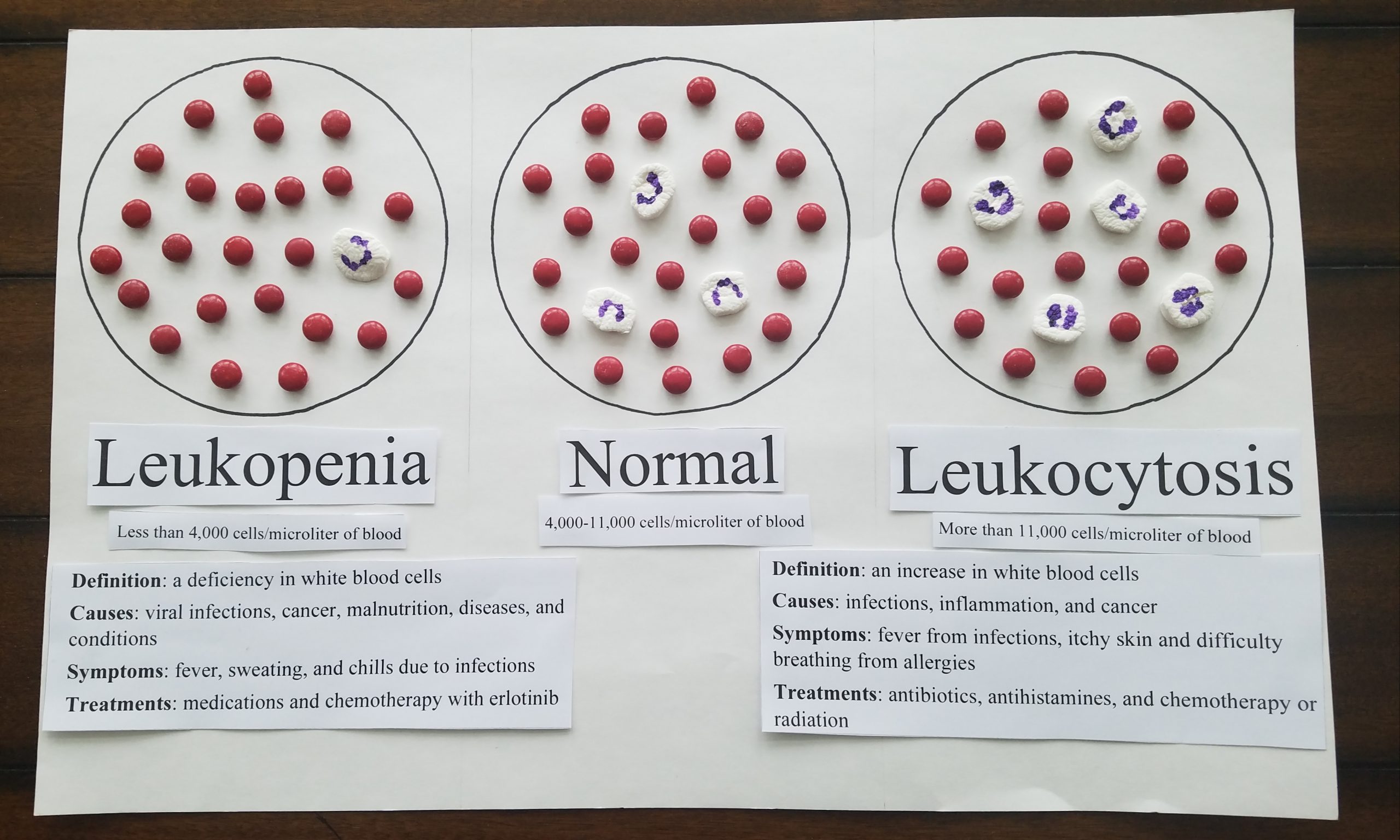