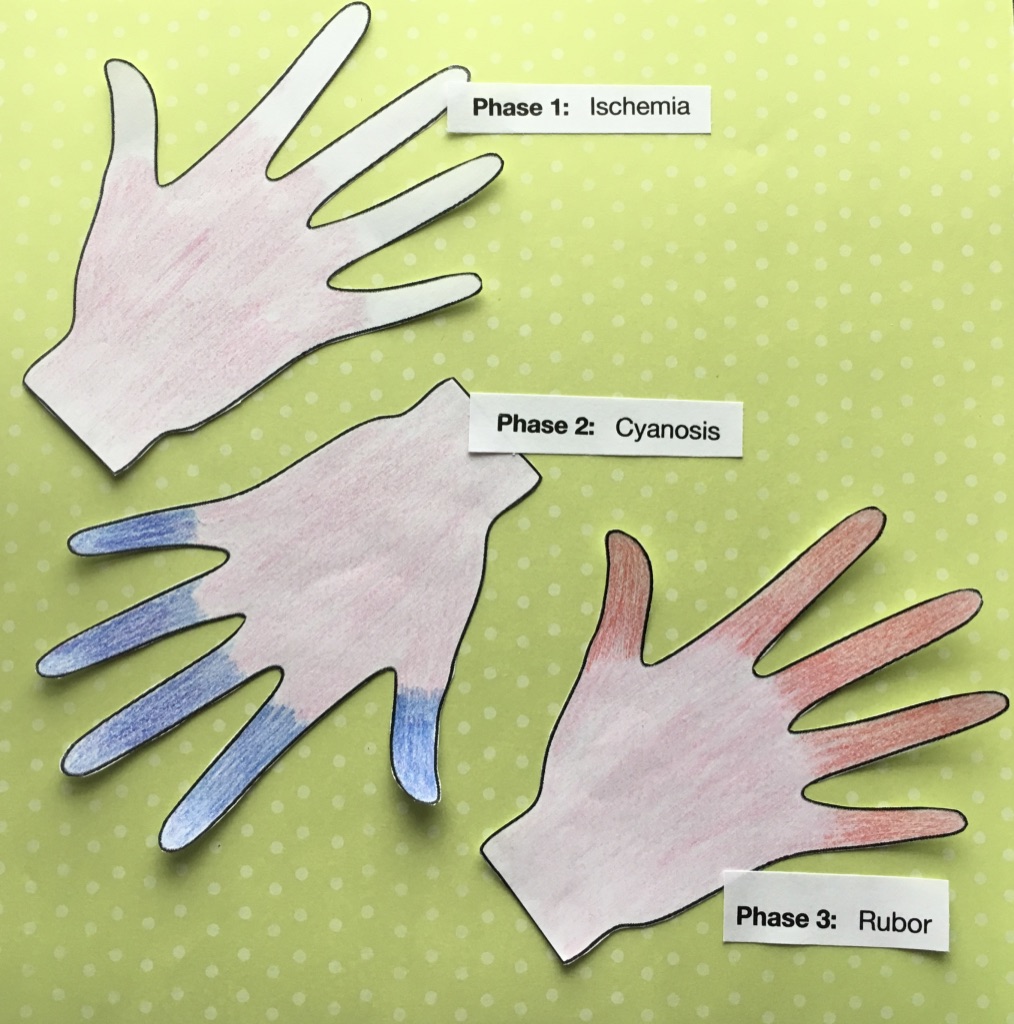 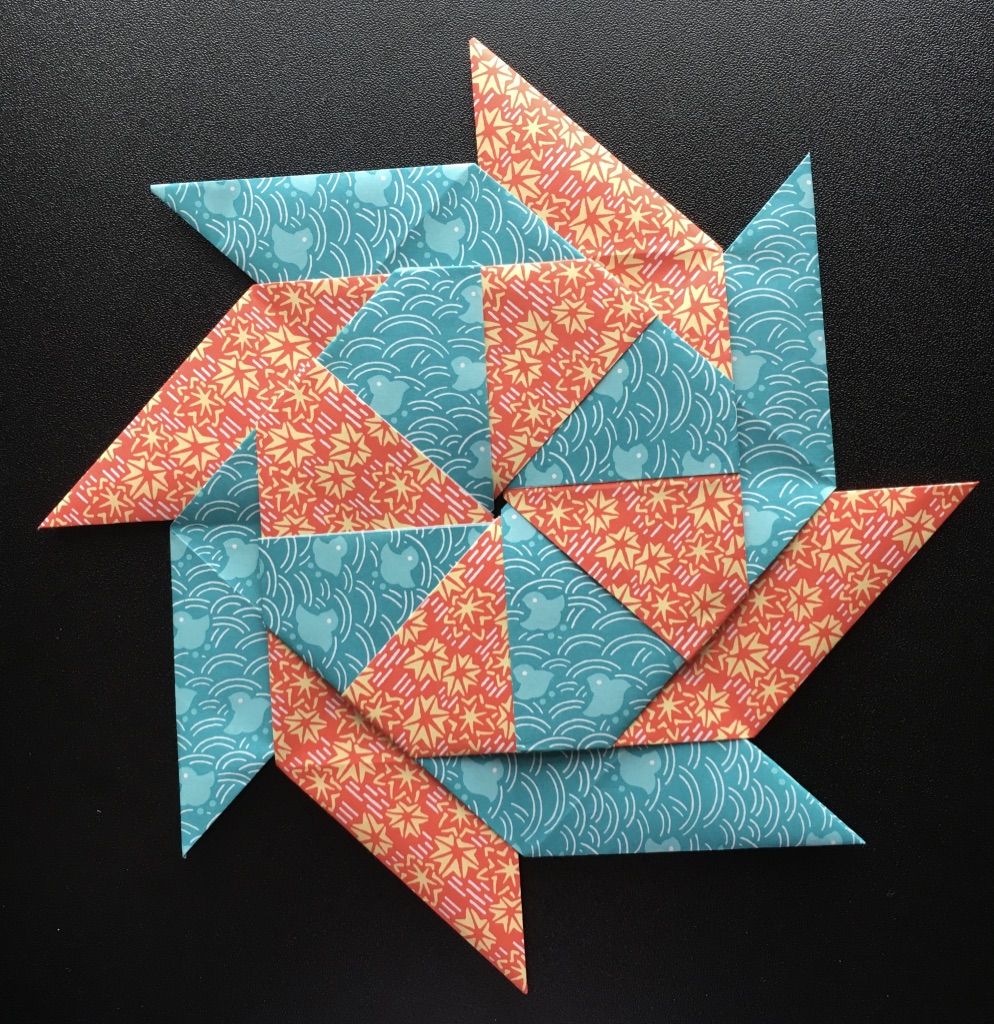 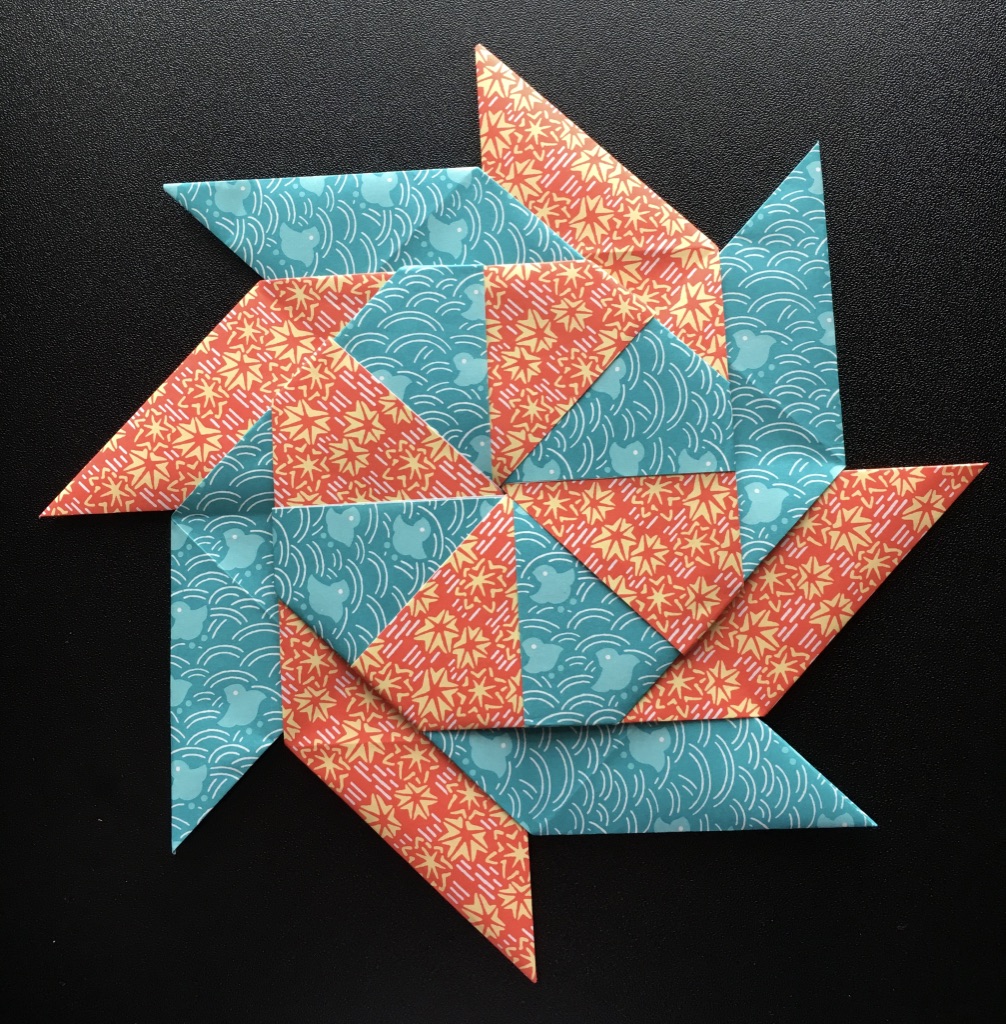 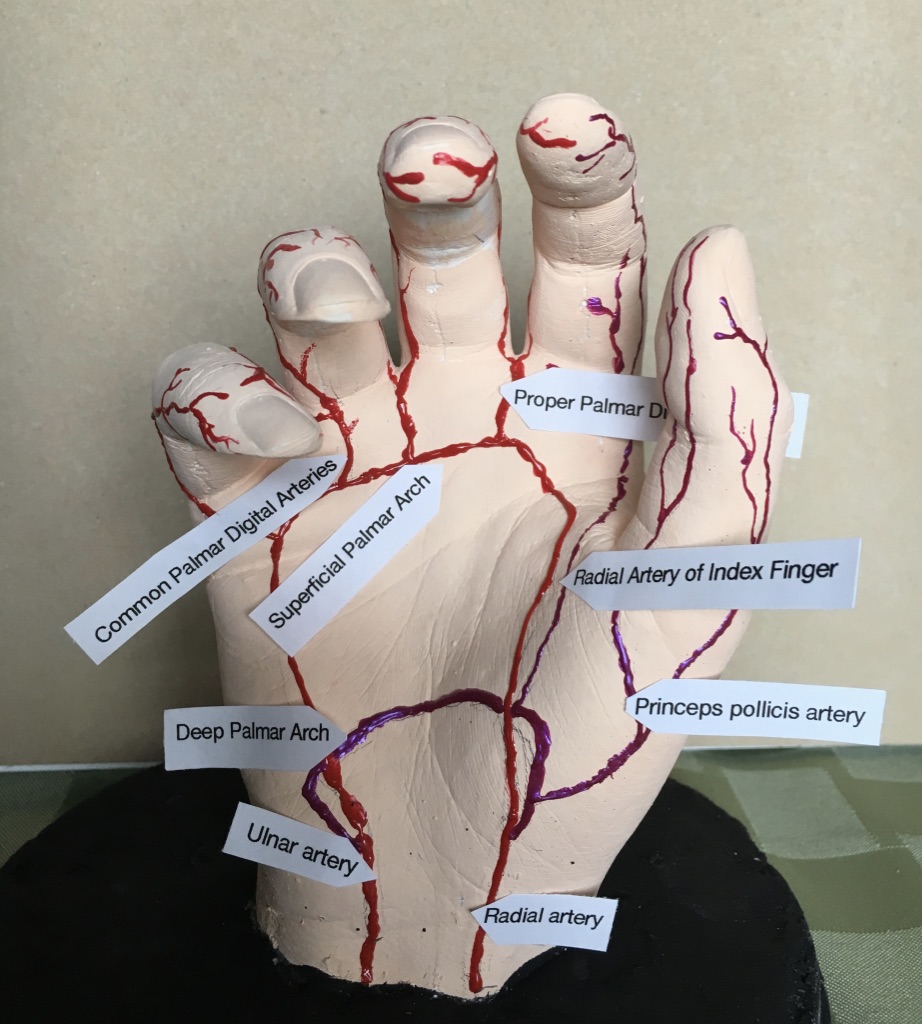 Raynaud’s syndrome is a rare disorder where the small arteries in either the hands or feet constrict, resulting in limited blood flow, in response to cold or stress. In the picture with the hands, I colored them to show the different phases of Raynaud’s syndrome. Phase one is where the hands turn white due to the absent of blood flow. Phase two is when the skin turns blue from decreased oxygen, because of slow blood flow derived from partial narrowing of arteries. Phase three, redness following the return of normal blood flow, which may tingle and throb. The origami transforming ninja star represents how the small arteries begin fully opened, allowing normal blood flow, and constrict, resulting in little to no blood flow to appendages. Lastly, I sculpted my hand and drew the major arteries in the hand that are the source of blood for the small arteries. The red paint represents the arteries that a fed by the superficial palmar arch, these arteries are closer to the surface of the skin. The dark purple designates the deep palmer arch and this supplies the deep arteries that go into the fingers. (The label that is covered by the thumb says: Proper Palmar Digital Arteries.)